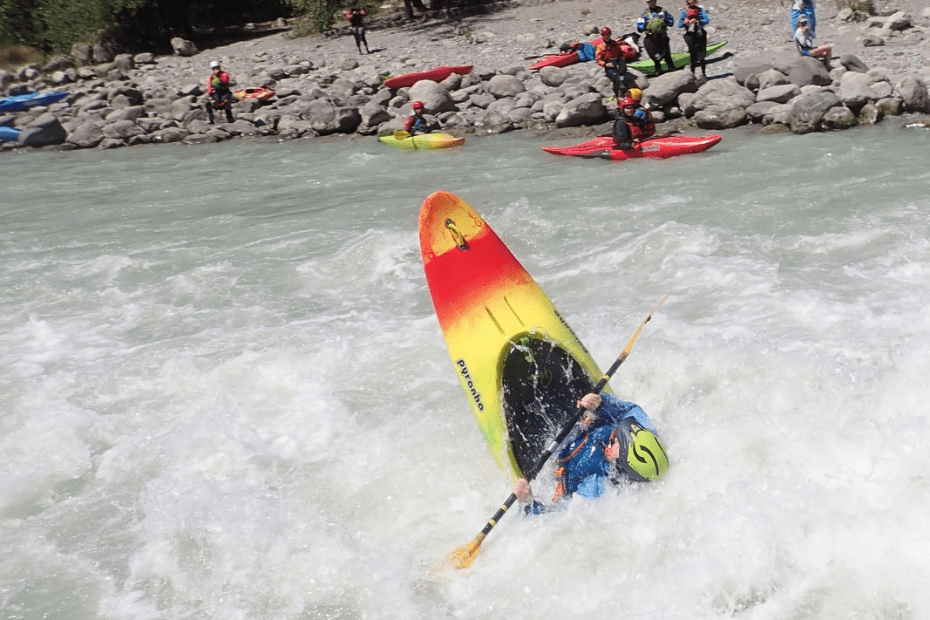 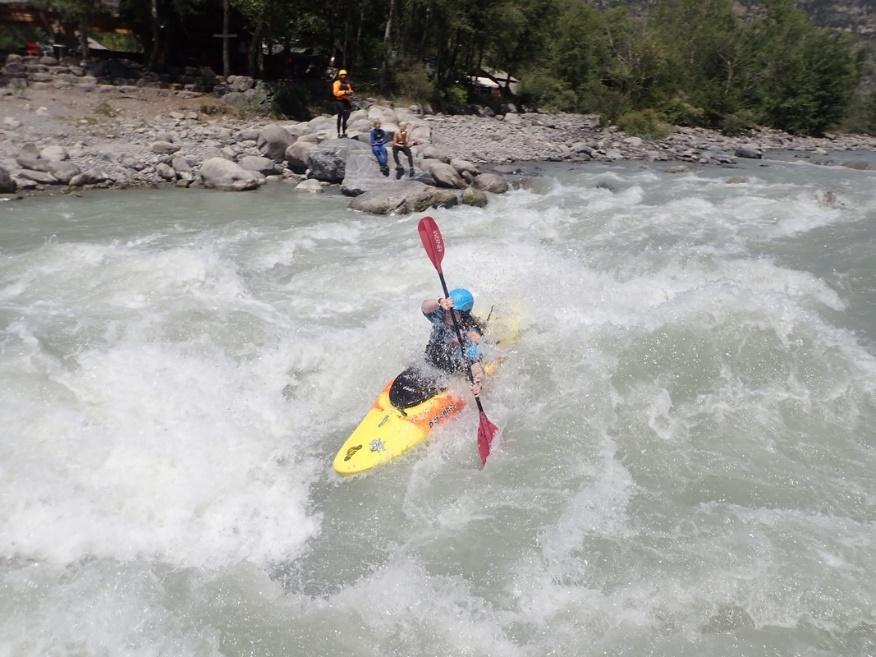 After a leisurely lunch, and once the shuttle was completed, with the cars going down to Embrun, we set off down the Durance heading towards the Rab wave, encountering loads of big bouncy wave trains, Choo Choo!

On approaching the Rab wave we took the kayak line down the left of the island and all broke out above to analyse the wave and determine the line that we were to take. We had a quick briefing on the perfect line, avoiding the rocks and passing through the left of the main wave and then he proceeded to go straight down the centre.

The 2 more river leaders followed on to ensure there was safety at the bottom of the Rab wave in case anyone got into any difficulties. As it happened, most got through safely and only a few rolls. Some even tried to surf the powerful wave only to be spat out upside down. Sarah managed a spectacular stern dip in the wave pulling a cheer from the crowd. After we had played enough we stopped on the bank and took a leisurely lunch stop ensued in the burning hot sun and café spot next to the wave. 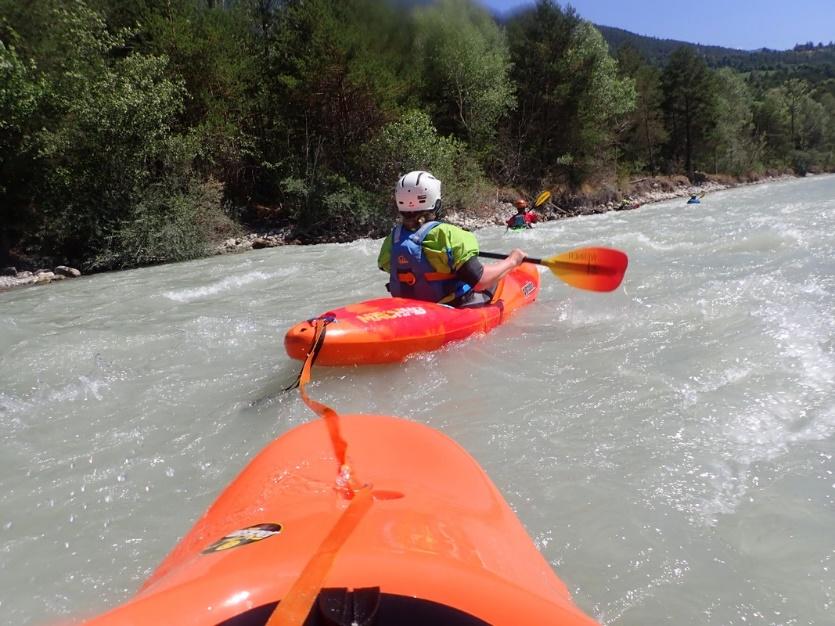 We then pushed on down the Durance, heading for Embrun enjoying the numerous wave trains. I was put on a lead by Keith to keep me in check and to keep the group together. After learning my lesson, I was released and we Choo Choo’d our way to the get out at Embrun and the end of another fantastic day on the river! 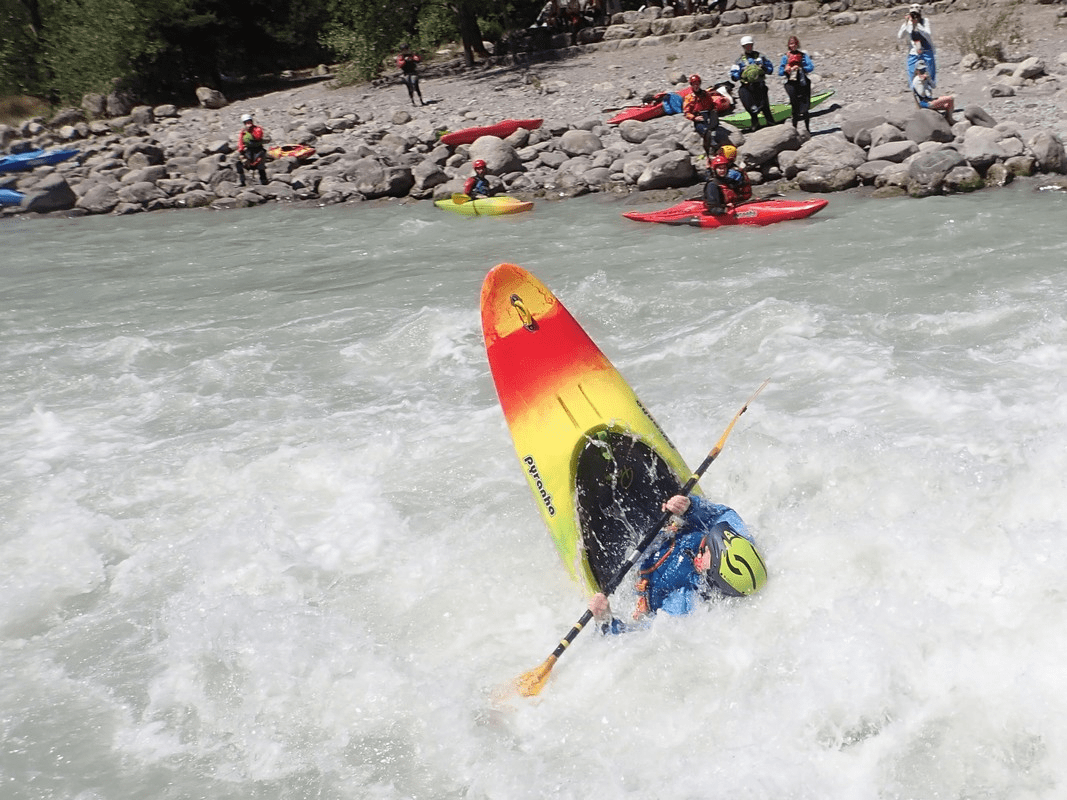