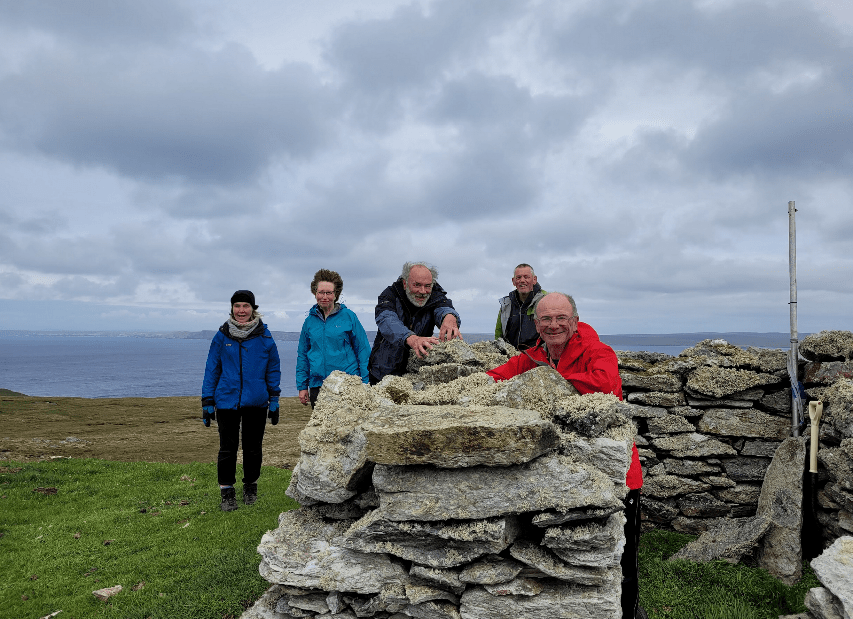 Having considered the forecasts for the day, the west coast of the island was not an option. So, we decided that we would look to paddle somewhere on the east coast of the mainland island as that may offer some protection from the F4 gust 5 SW / Westly wind. We chose North Roe as the coast on either side of the Bay looked like the most interesting area on the east offering some opportunity for rock hopping and caves. The trip North of the bay is documented in the guidebook as the end section of a trip around the Fethaland peninsula.

We arrived at the recommended parking area to find it was quite small and occupied by several boat trailers old cars and the like. So, we explored and found a suitable place on the other side of the bay on a narrow road but with ample parking next to the community garden just a short walk up the lane. 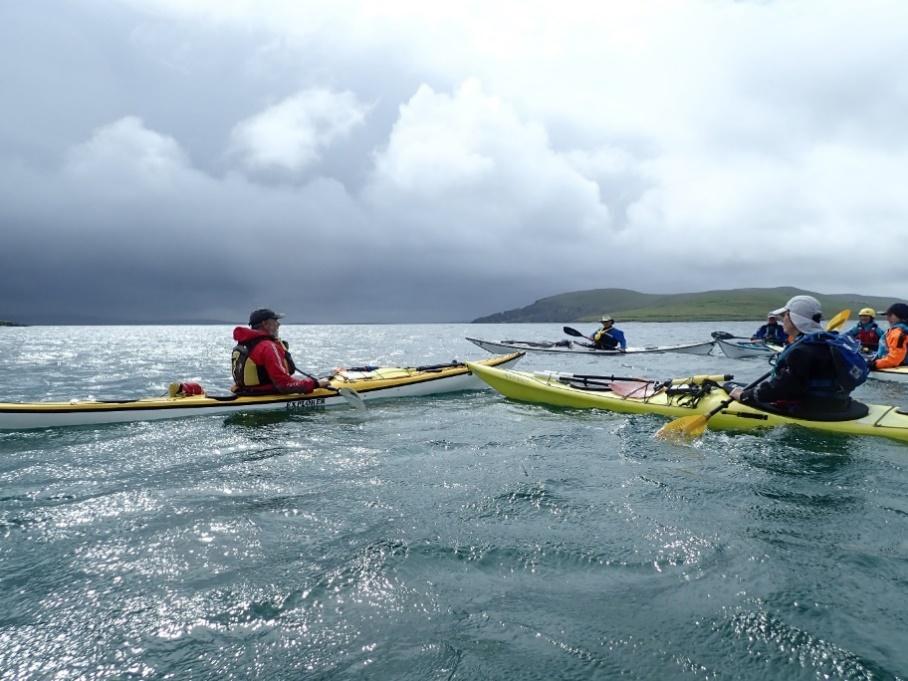 The wind conditions looked slightly higher than predicted but with little swell and the forecast due to improve as the day progressed, we decided to set off and give it a go. I briefed the group that we would need to pop our noses out and then stay close to shore.

Briefing at set off. 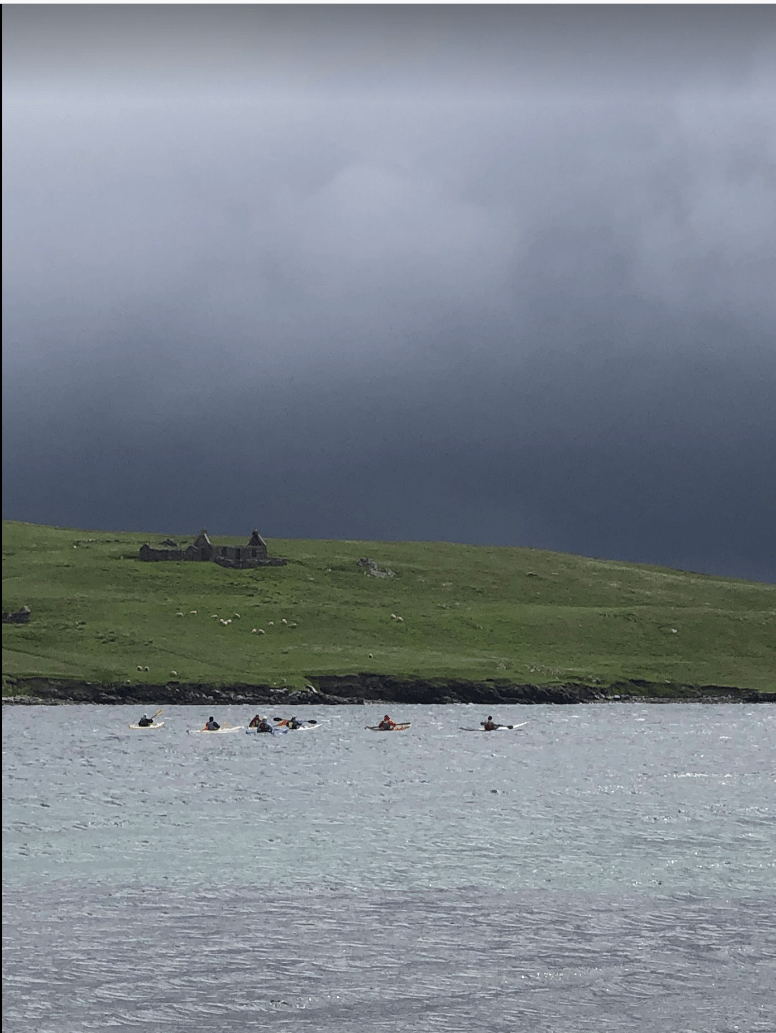 As we approached the headland, I realised that the wind was stronger than we had felt when on the land, so, I decided that we should stop at the headland and practice turning into the wind before committing the group to the planned paddle as we would be against the wind on our return.

As some found turning into this strong wind a challenge, I felt that this paddle was not a good option and that we should return to the bay. Once we had got everyone together, we set back around the headland and had a hard paddle back to the start.

Once we had all safely returned to the bay, we had lunch and a quick debrief and decided that walking would be a better plan for the afternoon. A couple of people went off sightseeing and the rest of us walked up to the top of the headland overlooking the coast we had planned to paddle.

We agreed that we should possibly try again later in the week.

Those of us with hair, were beginning to at least look like Einstein.

Link to video of the paddle out 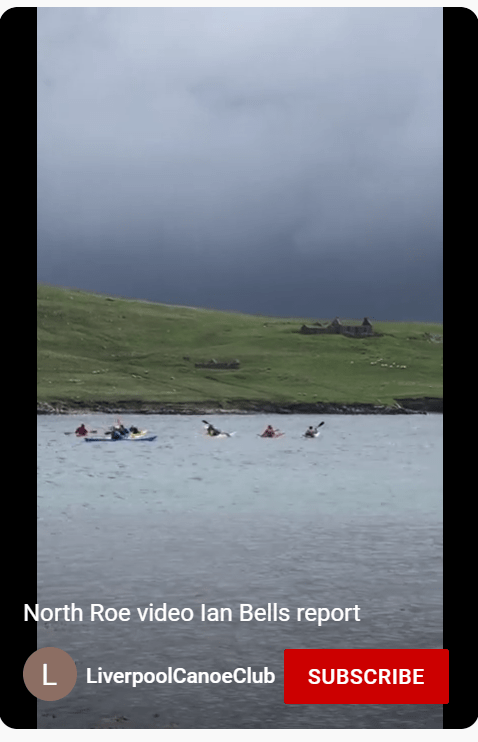