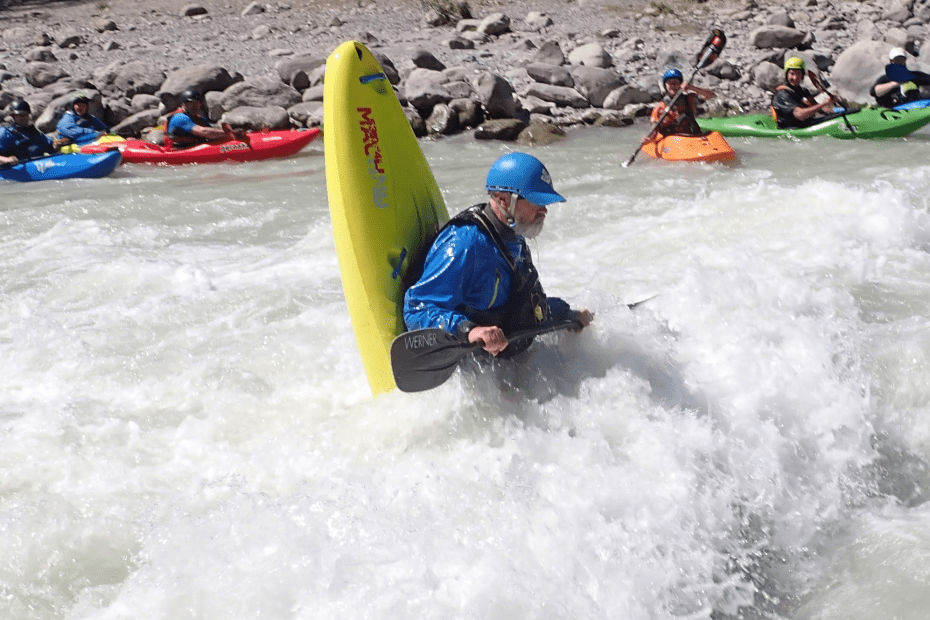 Another lovely day here in the Southern Alps and while there is a bit less water than usual the lower Durance is always paddleable.

Fifteen LCC paddlers decided to run the 18km from St Clement to Embrun. Most people eat their lunch whilst the shuttle was conducted and then we got on the water in a big group using the buddy system. 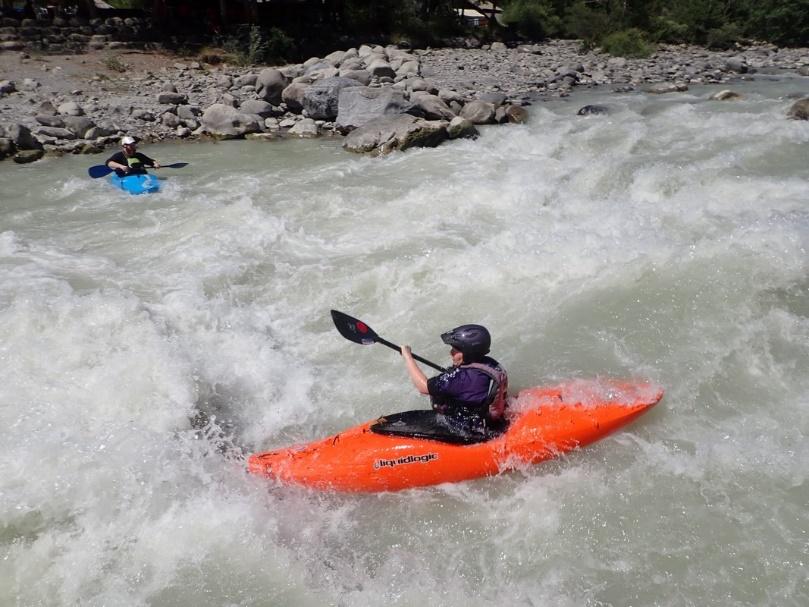 As usual, we bounced through big wave trains on the way to the famous Rabioux wave. We all eddied out just before it to let Keith go down first to set up his camera and point to the line. We then went down one by one and everyone made it down in one piece.

It was now time to play on the wave. Most people had a go with varying degrees of success and a few rolls. I was struggling to get on it from river right so decided to ferry over to the other side where it was much easier to drop in. I managed to get a fairly good surf going but then leaned forward making my boat dive and stick the back up in the air. I managed to hold this for a couple of seconds before being shot out by lovely Mrs Rab. I was canvassing names for my, now signature, move and think I prefer “King Neptune’s Banana” over things like “The Tombstone.” [Edit – old school name was Pop-out or loop]

After people had finished their lunch and coffees, we set off again down to Embrun. As I bobbed along chatting to “Mao”, I was surprised by a rock at the cliff face turn. I tried to roll up but only managed to punch the edge under the surface which moved me away to where I could roll. I think Fiona managed to hit the same rock but skilfully  kept her boat the right way up.

The rest of the trip was fairly uneventful for us with everyone trying to catch Helen before she got to the end of the river.

We got down to the Embrun wave and did a bit more surfing before floating down to the get out and pulling the boats up the steps.

It was another fine afternoon paddle with a bit more action for me than usual. 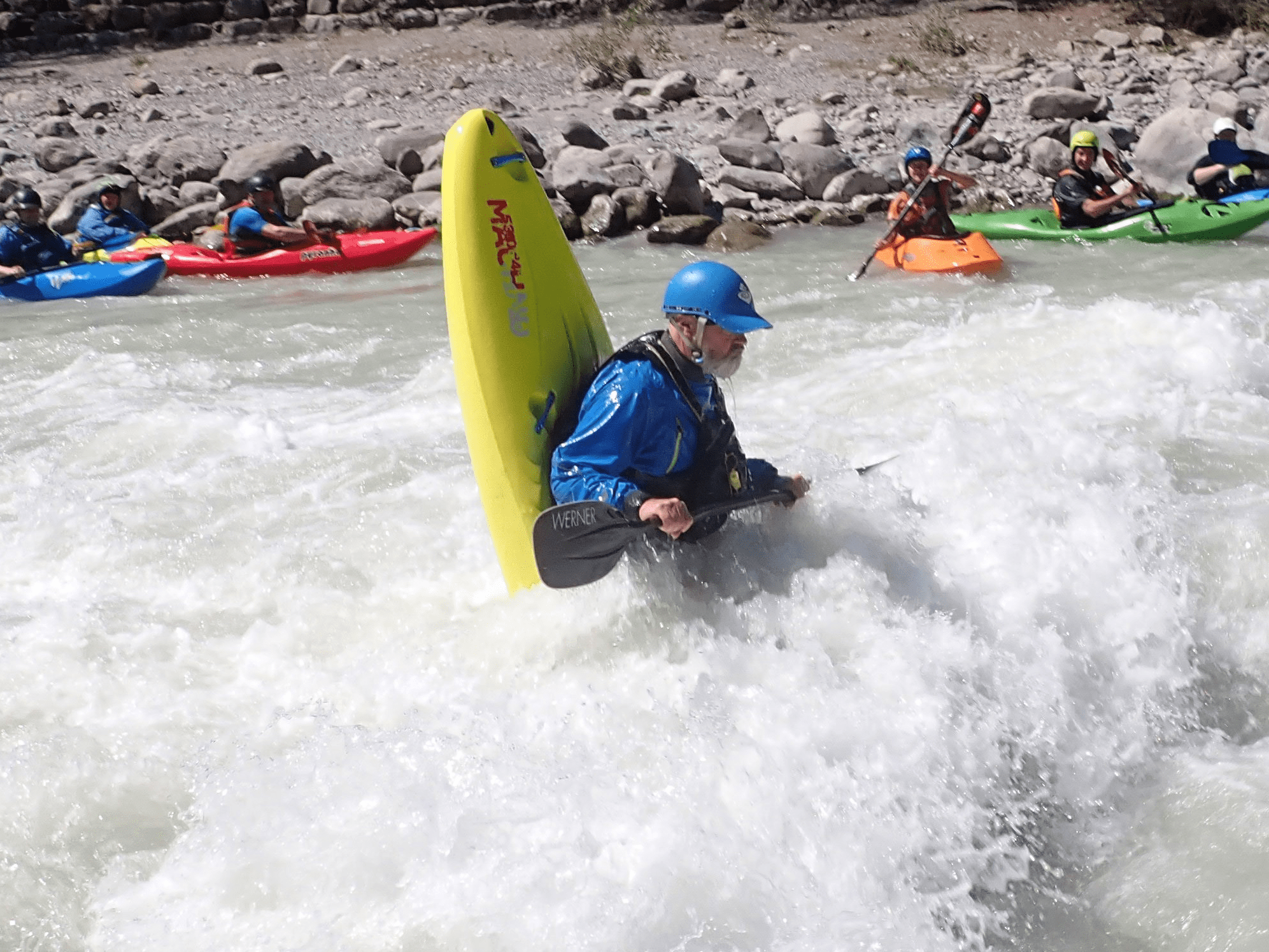