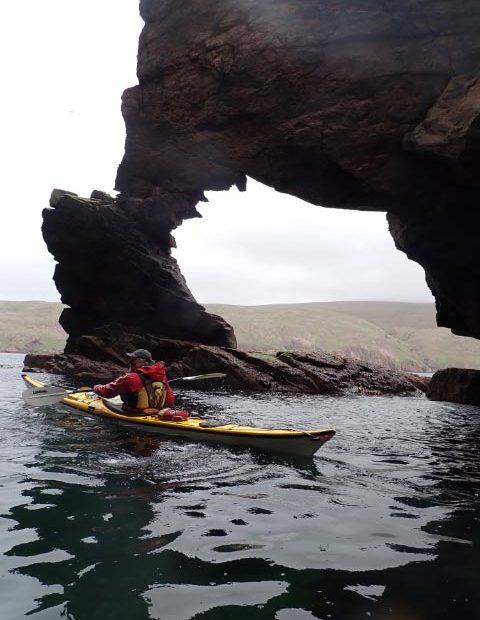 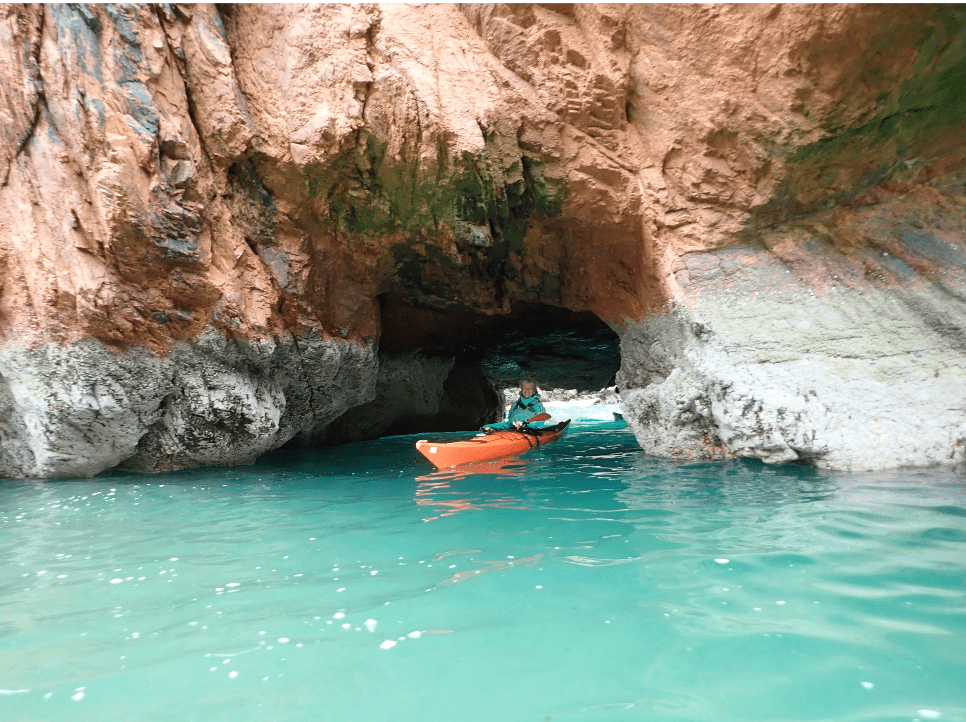 On our first full day, and from the base at Voxter Voe hostel near the village of Brae, we had maps, guidebooks and weather forecast out with so many options for paddles around the stunning weather-beaten coastline of Shetland. The wind forecast was 22 mph from SW and 2+ meter swell, so this ruled out anything on the more rugged west coast. With Catriona’s prior knowledge and a few tips from a guidebook, we chose Ronas Voe around high water. Its combination of NW/SE aspect and promise of a visual feast was the right choice to optimise the scenery to shelter ratio, which became a common theme for the week, and we were not disappointed. Parking at The Blade, it looked like it could be a slog into the wind, which was funnelling from NW down the voe, but after the first km of “head down, warm up” paddling, the wind abated and we entered a new world of sea stacks, arches and caves. 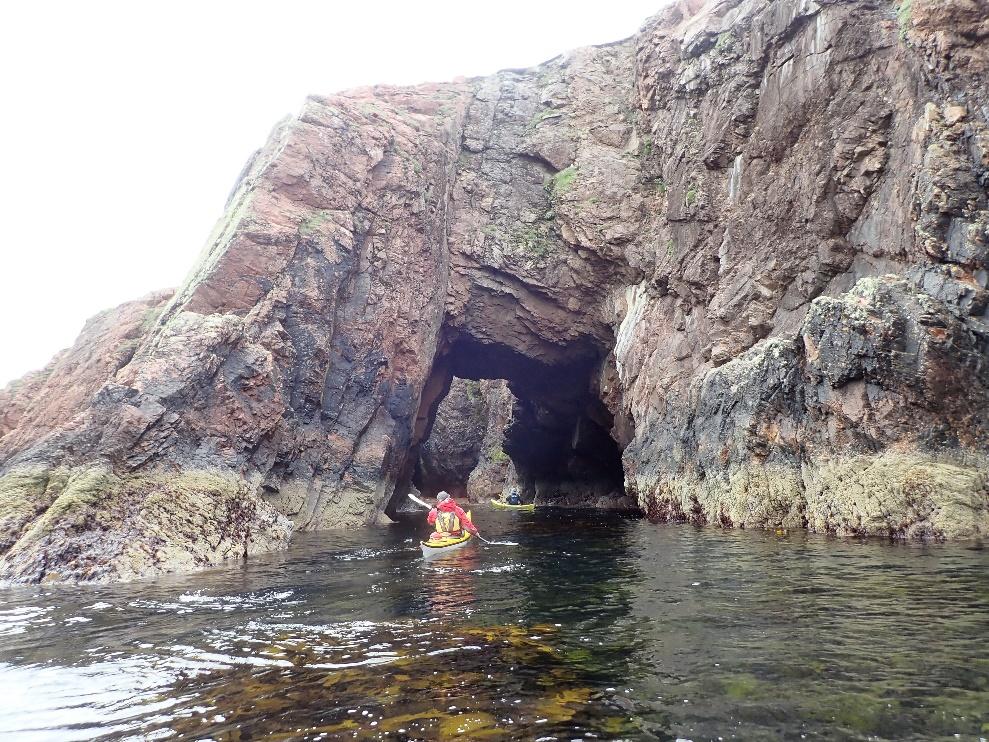 We could see the ocean smashing against the rocks on the opposite side, but there was little to no swell and just a light breeze where we were. After rounding Stack of Sumra we had lunch on a beach and a further explore on the way back, gentle assisted by a tail wind. 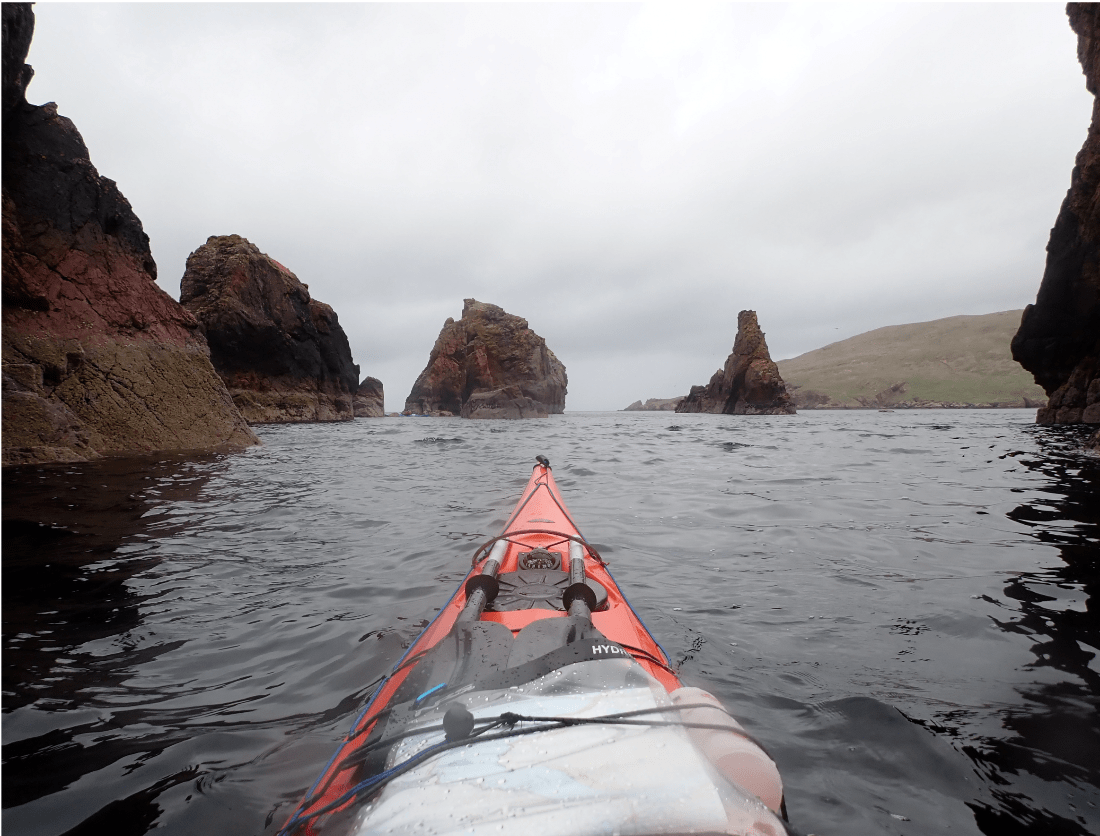 We covered a modest 11km but there was so much to see within that range, and it was an excellent start to the trip.